So the good news is that I was successful in my application for the Arts NT Creative in Residence program at the Northern Territory Archives Service and I’ve now begun!

I’m loving the process so far! The NT Archives has such an amazing wealth of fascinating stories and it’s rather addictive once you start delving into them.

For those who may be interested in my process, I’ll use this blog to document my experience of using the Northern Territory Archive Service, as well as documenting my artistic process in the creation of my films.

To recap on my project, my aim is to tell three stories of real-life historical ‘characters’ who all spent time in Darwin’s Fannie Bay Gaol. I’ll be telling the stories in a visual installation/interactive video format using original archive material including audio recordings from the oral history collections, photographic collections, books, government records, newspaper articles and a healthy dose of imagination. The final results will be on exhibition next year but for sneak peaks, you can follow my process here.

Eager to get started, I have begun researching my first historical character  – Rodney Spencer. Spencer was the first European to be convicted of killing an Aboriginal person in the Northern Territory in 1889, despite evidence that shows Europeans had killed many Aboriginal people since ‘settlement’. Spencer was the first European case to go to trial and result in a conviction (but as you’ll discover, there is more to this story). His story is a shocking one but I believe it’s an important story to tell as it really shows the prevailing attitudes of the day. I’m a true believer that when it comes to gaining a critical understanding of the present, exploring our history is critical.

For Rodney Spencer’s story I am keen to research any possibilities of primary sources (most likely government records) as well as delve into the Archive’s photographic collections from the late 1800s.

So being a restless artist, I wanted to delve straight into experimenting with the sort of visual style that I’ll use. My aim is to keep the original integrity of the archival photographs from the time but also add my own creative spin on them.

Luckily for me, NTAS has an amazing collection of photographs taken by the NT’s first Chief Inspector of Police, Paul Henry Foeslche. Foelsche is a controversial character himself but luckily for the NT, he happened to be a keen photographer as well as a policeman. His photographs offer an invaluable insight into how things looked in the late 1800s in the Top End.

Below are some of my first visual experiments using Foelsche’s photographs. 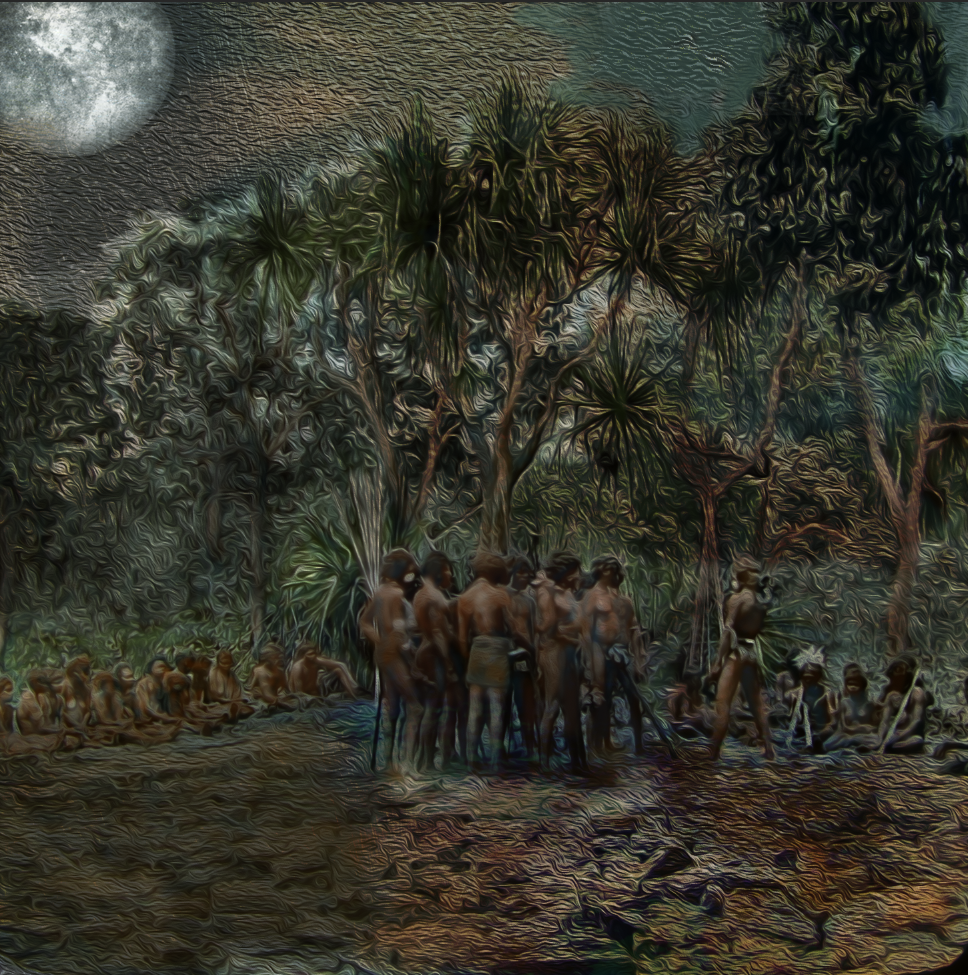 This image comes from the NTAS series 259 image 45 by Paul Foelsche. The caption on the original photo says ‘Native Corroboree, Port Essington November 1877’. Rodney Spencer murdered his victim at Port Essington on the night of a corroboree so this photograph was an amazing find.

I’ve also been experimenting with this image above. It’s from a collection of Margaret Widdup photos NTRS 3158 item 3. There are no details of the location or the woman in the photo – one of the many mysteries you find in the Archives. 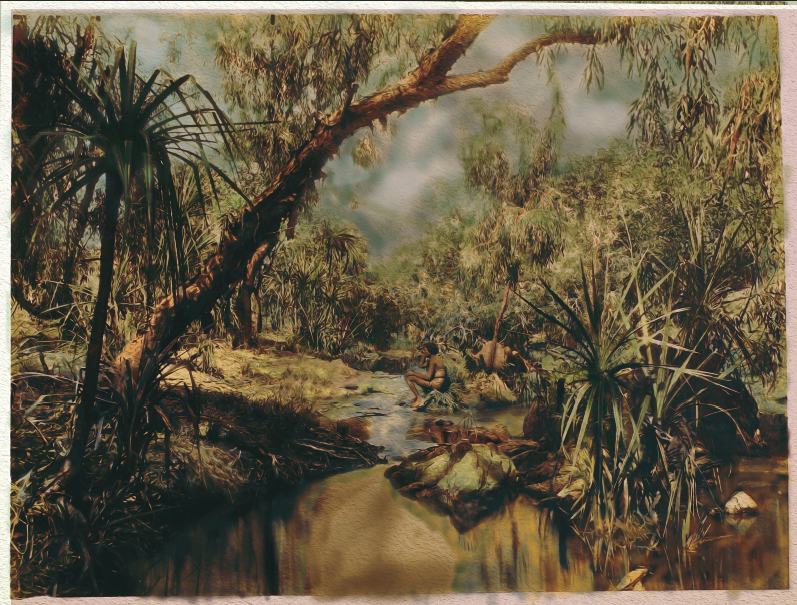 I’ve also experimented with creating the character of Spencer, who apparently had red hair and a red beard which is rather unfortunate as my husband is a red head! 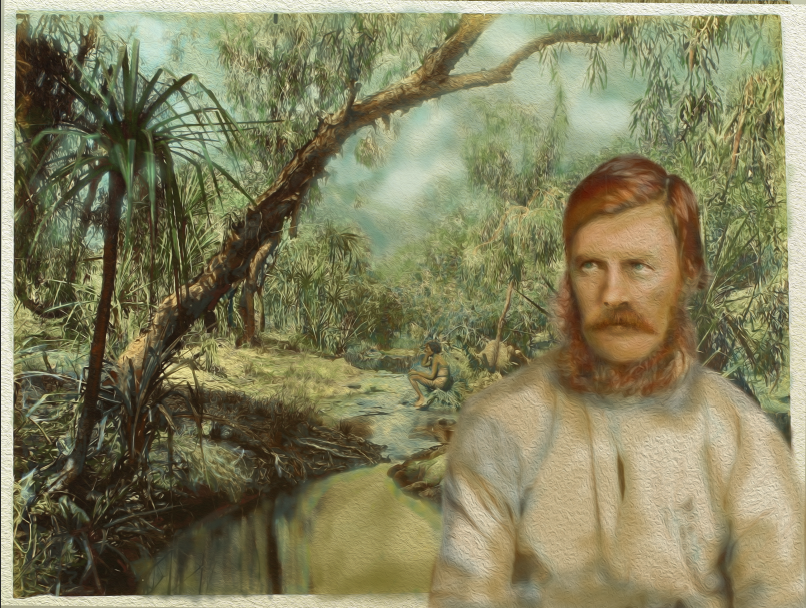 I’ve also tried putting the image as the reflection inside a horses eye – Spencer’s first infamous crime was slaughtering 18 horses and 2 mules belonging to Chinese miners.